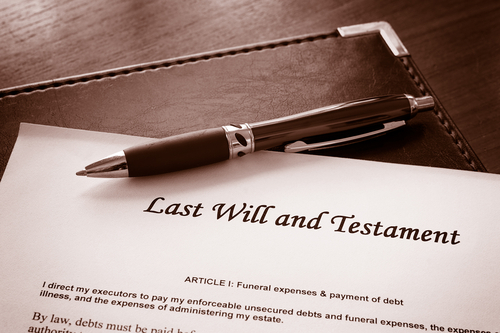 A will can be an extremely contentious issue among family, and now a Florida woman named Rose T. James is suing her family and the solicitor, claiming that her sibling Marie Britton defrauded her in not one, but two wills.

James believes there was alleged forgery involved in the wills of James’ mother and aunt in state court.  The solicitor Doreen Corino denies any wrongdoing, saying she has never received any complaints about ethics or malpractice in 32 years, alleging that James is only looking for a scapegoat.

The lawsuit was initially dismissed with prejudice in June due to it being filed too late to challenge a probate matter, but James has since appealed.  She argues that there is no statute of limitations on fraud upon the court, specifically forged court documents allegations.

Marie Britton was named the executrix of James’ aunt Teresa Dafler’s estate in 1997.  Dafler passed away in 2011.  James alleges that her sibling has resented her since she was a young child and when the estate went to probate in 2013, Britton never notified her sister.

Mary DiPasquale, Britton, and James’ mother, died in 2012, leaving everything in her will to Britton, specifically excluding James and her son John L. DiPasquale.  DiPasquale and Britton’s wills were both prepared by Doreen Corino and went to probate, per James’ lawsuit.

Probate cases like this can become incredibly messy, which is why it’s so important to have everything documented in writing and that you work with a South Florida probate assets attorney who can represent you in probate situations like this one.

This probate update is brought to you by Bauer Brofsky Law firm, a Florida estate planning attorney.  Some of our areas of practice include estate planning as well as criminal law, tax planning, personal injury and real estate law.  Call 305-712-7979 for a case evaluation or for any questions you may have.

How much info should you give your family about your estate plan?

When you’re creating your estate plan, you’ll need to determine what details you want to share with family members and what to keep to yourself.

Do you understand what happens during probate?

It doesn’t matter if you’re creating an estate plan in Florida or facing the probate process after the death of a loved one, it’s critical

April 21st saw the death of another musical icon, Prince Rogers Nelson was found dead in Minnesota at age 57; a talented producer, singer,